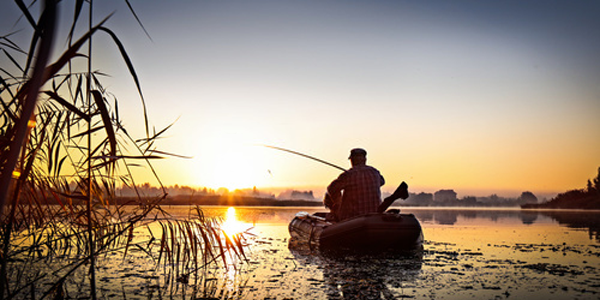 Three fishermen, three rods, three price tags, but only one answer. What can fishing teach us about the value of financial advice?

*Ding*. The bell rings above the door of Hartley’s Fly Fishing Supplies. Three men enter, all equally determined to win this year’s Lower Kimbleton angling tournament. The first, Andrew, makes a beeline for the most expensive rod on display, buys it and walks out again, brimming with confidence. The second, Brian, buys the same rod, but to gain an edge over Andrew he also buys a book: Teach Yourself Fishing. He goes home, fully expecting to win the big cash prize.

What fishing can tell us about the value of advice

Craig, the third man, spends more time in the shop. He knows he’s no fishing expert, so eventually he asks the man behind the counter to recommend a rod. Old James Hartley peers over his spectacles and asks Craig some questions: where is he fishing? What kind of fish is he after? How much experience does he have? Eventually the shopkeeper reaches into a corner that neither Andrew nor Brian noticed, to offer Craig a very different rod, plus a selection of the best lures and a few tips on how to use them. Meanwhile Craig spies a sign by the counter: Fishing taught here.

After buying his rod, lures and his course of five fishing lessons, Craig ends up spending slightly more than Andrew or Brian. But the riddle is: which man spent the least?

The answer is Craig, of course.

Working out the true cost of advice

How come Craig spent the least amount of money, when we just told you that he spent the most? Well, Craig ended up spending the least overall because he won the Lower Kimbleton angling tournament, nabbing a cash prize that more than paid for the rod, lures and lessons, plus a round of drinks to console his runner-up friends. Not such a difficult riddle, was it?

As our fishermen found out, the true cost of something isn’t always on the price tag. Craig won because of the advice he received, so the true price he paid was actually negative: he made an overall profit. The same principle applies to the cost of financial advice.

Andrew is like the person who believes he knows it all already, who forges ahead with decisions based on a lot of confidence but little real experience. Brian represents a slightly more cautious type, who takes some time to do his own research into things like pensions and investments. Ultimately, however, his own inexperience means that his research is of limited value – it’s just too big a subject to grasp in a short time without expert help.

Coincidentally, Craig has since consulted an independent financial adviser about boosting his pension for when he retires in 10 years’ time. He paid around £1,250 for advice on transferring a £50,000 pension, but expects to benefit by more than this amount in the first year of his retirement alone. He’s right – those who take independent advice a decade before they retire gain on average an additional income of £3,654 every year of their retirement*.

Would you let a catch like that get away? Hook yourself an independent financial adviser today.

* Value of Advice report by Unbiased.co.uk