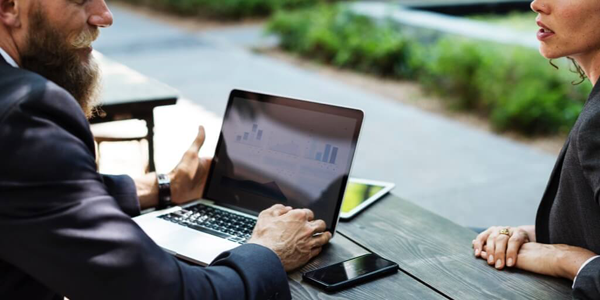 More than half of Brits over 65 are yet to take advice on their finances, despite evidence that advice doubles financial confidence. At the same time, younger generations are failing to exploit advice opportunities.

The UK’s baby boomers have largely missed out on the benefits of financial advice, and younger generations are at risk of doing so, according to recent research into consumer trends. A 2019 report by financial planning firm Sanlam UK has found that older generations (those aged 65 and over) were the least likely to have seen an adviser in their lifetime. More than half (51 per cent) had never taken advice, compared to 48 per cent in the general population.

Most over-65s will now be retired, and consequently will have lost out on the main opportunity to benefit from advice (i.e. when accessing their pension pots). However, the report also reveals trouble in store for the fast-aging Generation X. Of those aged 45-55, just 18 per cent said they had set financial goals for their retirement, despite entering one of the most crucial decades of pension saving. All told, more than half (55 per cent) of adults surveyed said they doubted they would be able to save enough money to retire when they wanted to.

Savers aren’t as confident as they claim

Of those who had never taken advice, 57 per cent said this was because they felt confident making their own financial decisions. However, this claim is challenged hard by other key findings in the Sanlam report.

People who had taken advice proved twice as likely to be confident about their retirement prospects, as compared to those who hadn’t (59 per cent versus 30 per cent). They were also further forward in their later-life plans, with 27 per cent setting a target retirement income – only 19 per cent of non-advised people had done this. In addition, more than two-thirds (67 per cent) of advised people had already begun inheritance planning, either allocating or passing on some assets to their intended beneficiaries. Only 40 per cent of non-advised people had made any headway here.

One of the report’s most striking findings was that people were four times more likely to know their Lottery numbers off by heart than their retirement savings target.

Once again, women are revealed to be particularly vulnerable in the area of retirement planning. With recent ONS figures revealing that the average female graduate retiring today will have around 30 per cent less workplace pension than a male graduate, women already face an uphill struggle. But the Sanlam report revealed additionally that only 18 per cent of women have set a target retirement income, compared to 29 per cent of men.

This lack of preparedness is also seen in the 45-55 age group, where again only 18 per cent of people have set this financial goal. This is particularly surprising, and concerning, given that for this group retirement may be less than 10 years away.

Included in Sanlam’s study was a sample of 500 people with liquid assets of more than £100,000. This group was much better advised, with 80 per cent of them having consulted a financial adviser at least once. This suggests that a major reason for people not seeking financial advice is that they do not believe they have sufficient assets to make it worth their while. But according to a 2018 report by Fidelity, the average final pension pot for a man now aged 25-24 would be around £143,000. For male graduates the projected figure is even higher, an estimated £252,600. Given that pension pots exist to cover all types of spending – not just discretionary spends but essentials too – there is a far stronger argument for seeking advice on them than for the individuals with £100,000 investments.

Savers waking up to advice late in the day

Younger generations also seem to be missing out on advice – even though they are among those best-placed to benefit from it. Of all the people who search Unbiased  for a financial adviser, six in ten are aged over 45. A 2017 report by Aegon put the figure even higher, finding that 78 per cent of people seeking financial advice were aged over 45.

This is to be expected. Even though around half the population will not consult a financial adviser before retirement, the large majority of those seeking advice are nevertheless in that age bracket: the 10 to 15 years before they wish to start drawing on their pensions. The preponderance of older people approaching financial advisers shows that this generation is most in need of advice – but that most are waking up to this fact late in the day.

Though advice is most essential in the years leading up to retirement, the age groups that stand to benefit most from advice are in fact the younger generations. With several decades between them and retirement, these individuals have the opportunity to use that time to their advantage and make shrewd long-term pension investments.

This article was previously published by Unbiased on 11th November 2019