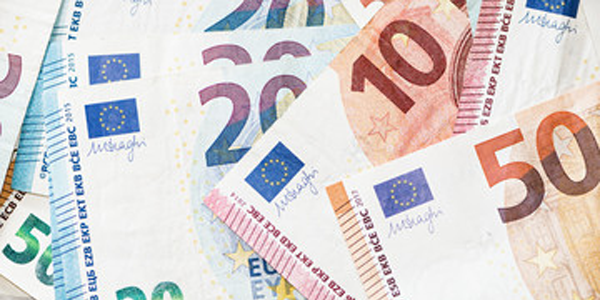 What will happen to pensions when we leave the EU? With the possibility of a no-deal Brexit, there is even more uncertainty over retirement funds. We look at how your pension could be affected – whether you have dreams of retiring abroad or staying in post-Brexit Britain.

As we near 29 March 2019 – the Brexit deadline ­– uncertainty reigns. Even the much-aligned experts are still not sure what will happen at Dover, nor the consequences for the Irish border or whether the UK economy will sink or swim. For anyone who has spent most of their working lives saving into a pension scheme, this is also a time of considerable uncertainty.

What could happen to your pension pot in the event of Brexit depends on how it has been invested and also on where you plan to spend your retirement.

A no-deal Brexit shouldn’t affect whether you can draw your pension – it’s more a question of how much you will get for your savings.

In the short term, fears over Brexit (and a no-deal scenario in particular) are affecting the UK economy and stock market, which means your pension investments might not perform as well as you’d expect.

Another question is whether you have a defined contribution or defined benefit pension. If interest rates drop or relationships in the EU make business transactions more costly, your employer’s profits could fall. For people on final salary schemes (but not yet retired and receiving income from them) this setback could lead your employer to stop this benefit, and you may need to decide how and where to transfer your pension – but this is a big ‘if’ and the scheme may well continue for existing members. If you’re already in receipt of defined benefit pension benefits then your payments should be covered by the Pension Protection Fund, although this may not cover 100 per cent of the amount.

I’m living in the UK, but my pension is coming from abroad

If you’re drawing your pension from abroad, you should be in quite a strong position at least for the short term. The government has allowed EU financial companies to continue paying people in the UK on a temporary basis. That means you can still get hold of your payments and it shouldn’t affect how much you’re paid. Of course this could all change, as it’s a temporary agreement. And you’ll need to find out what would happen if your provider were to go bust, as this is something the UK government won’t be able to protect you against.

I’m living abroad and have a UK private pension

If you’re in an EU country drawing a UK pension, you may find yourself in a more awkward position. If you’re being paid by an annuity, then if there isn’t a Brexit deal your provider might not legally be able to pay you if you live in an EU country.

If this happens, your provider will have to come to an agreement with an EU company (or even set one up) to keep sending money to a European account. It’s prudent to do some research to find out if your provider has any precautionary plans in place. The other option is to look into getting your pension paid into a UK bank account, which you could then transfer. You’d have to factor in the exchange rate and costs of transfers, which could rise depending on our deal (or lack of one) with the EU.

I’m living abroad and have a UK state pension

You’ll still get your pension payments whatever happens. The only potential issue is that the UK currently has a deal with the EU that anyone living within the European Economic Area (EEA) will see their state pension increase with the cost of living. If we leave the EU, this agreement comes into question.

Fortunately, the EU seems keen for the current agreement to say in place. But if there is a no-deal situation, the UK would have to come up with an agreement, or a deal with each country individually. All we can do is hold tight on this one, for now.

Pension savers and pensioners who have concerns should speak in their first instance to their provider, or to an independent financial adviser.

This article was previously published by Unbiased on 25th January 2019