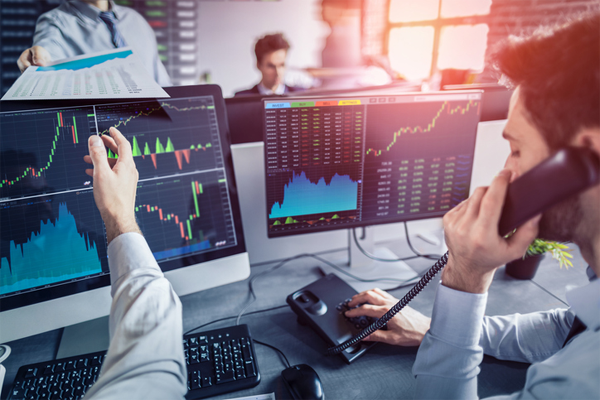 It was a disappointing beginning to 2018 for many major advanced economies. The UK endured a woeful start, with estimates suggesting gross domestic product (GDP) rose by just 0.1% in the first quarter, the weakest rate of growth since the final quarter of 2012.

A similar picture of weakening growth emerged across the other major advanced economies. Growth in the Eurozone slowed to 0.4% in the first quarter, compared with 0.7% in the previous quarter. In Japan, the economy contracted by 0.2%, ending two years of positive growth. The US economy lost some steam; data released by the Bureau of Economic Analysis, revealed US GDP rose at an annualised rate of 2.3% in Q1 2018, a significant slowdown from the annualised 2.9% expansion witnessed across Q4 2017.

HEALTHY PROSPECTS FOR THE YEAR AHEAD

Despite this loss of momentum, prospects across the global economy for the year ahead are relatively healthy. The first quarter slowdown is widely expected to represent a temporary blip rather than a sign of more deep-rooted economic problems. The fundamentals of the global economy appear to be relatively robust and there are signs that the major advanced economies are likely to see a rebound in growth over the coming months.

The IMF feel the global economic upswing that began around mid-2016 has become broader and stronger, and that advanced economies will continue to expand above their potential growth rate this year and next. They predict global economic growth of 3.9% in 2018 and 2019, with the economy supported by favourable market sentiment, accommodative financial conditions, and the domestic and international repercussions of the expansionary US fiscal policy.

An area of concern the IMF have highlighted, is protectionism and the prospect of a trade war, with a warning that economic performance could be impacted by increased trade barriers. Fears of a stronger and longer period of monetary tightening have also abated in recent months, with the first quarter slowdown halting the need for imminent increases in interest rates in the UK. The Federal Reserve are expected to be more aggressive with markets predicting four rate increases across 2018, as Fed officials become mindful of a build-up in inflationary pressures.

While there are economic dangers lurking ahead with a resurgence of inflationary pressures, Brexit uncertainties, political turmoil and setbacks in trade talks all possible, at the moment, there does appear to be some room for optimism when it comes to global economic prospects.