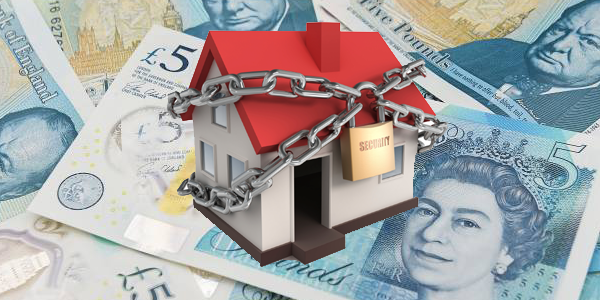 ‘Mortgage prisoners’ are having their sentences extended due to Brexit, according to Financial Conduct Authority (FCA) chief executive Andrew Bailey1.  Prior to the referendum the FCA had been ‘making progress’ with the EU over reforming the Mortgage Credit Directive, which had resulted in people being unable to remortgage onto cheaper deals, due to no longer meeting the lending criteria.  However, speaking at a meeting of the Treasury Select Committee,  Bailey revealed that Brexit negotiations are stalling the process that could help thousands of ‘mortgage prisoners’ save tens of thousands of pounds by switching deals.  Banks are currently using the “affordability rules” to claim that borrowers ‘cannot afford’ deals that are cheaper than their current mortgage.

In 2016 the government pledged to tackle the issue of ‘mortgage prisoners’ – people who are trapped in an expensive mortgage because of regulations that stop them getting a cheaper one.

Imagine asking to buy a meal costing £6, and being told you couldn’t afford it – then being forced to buy a meal you don’t like, costing £8. It’s complete nonsense, yet it’s been happening to thousands of homeowners across the UK.

Stricter lending rules came in with the EU Mortgage Credit Directive, so today  borrowers are required to prove that they could afford repayments even if interest rates were to rise by three or four per cent. This means that many homeowners who took out their mortgages under previous, less stringent rules do not meet the current conditions for taking out a mortgage.

Why is this bad?

If you’re in this position, you’re probably stuck with your current mortgage. And this can cause you big problems. When you first take out a mortgage, it will probably be on a special deal – either a fixed rate or a tracker rate, so you pay less than the lender’s standard variable rate (SVR). But these deals only last a limited period of time – often as little as two years. Then you revert to your lender’s SVR.

Given that many lender’s SVRs are currently between 4.5 and 5 per cent, while there are many two-year fixed rates below 2 per cent, you could end up paying out nearly twice as much in interest per month. This could for example translate to average monthly payments of £833 (£562 interest only) on a £150,000 mortgage over 25 years with a 4.5% SVR, compared to just £635 (£259 interest only) on a 2% fixed rate.*

What can you do about it?

The government said they would address this issue, since the new rules were intended to prevent irresponsible lending, rather than penalise people who already have mortgages.  On 16 May 2016, the then Chancellor, George Osborne, issued a letter to mortgage lenders following the FCA’s publication of its thematic review on responsible lending. In his letter, he emphasised that there should not be barriers for consumers in accessing financial services they need and can afford. In particular, the Chancellor emphasised the need for existing borrowers to be able to make changes to their mortgages to make them more affordable.

There were in fact already provisions in the rules to allow lenders to waive the affordability checks for existing customers, if they have a good payment history and do not wish to borrow any more money. Smaller lenders have been more willing to do this, but big lenders were reluctant to do so.

So it’s always worth checking with your existing lender first to see what they can offer, otherwise an independent financial adviser or mortgage broker may be able to help.

Assuming that you are able to remortgage, why would you want to?  Here’s a recap of the top reasons:

Your current deal is about to expire, which would push you onto the lender’s higher SVR

You want to switch to a different kind of mortgage, such as a fixed, capped or tracker to get a better rate

You need a more flexible mortgage, such as one that can let you miss payments or make excess payments (useful if your income fluctuates)

You want to borrow money against your property (but see below)

And some reasons not to

Remortgaging isn’t always the best option – and it certainly shouldn’t be approached lightly. Here are the times when you should think twice before acting:

Your outstanding loan is small (e.g. £50,000 or below).
The switching fees are likely to wipe out any potential savings.

You can borrow money more cheaply elsewhere.
Although it’s possible to borrow money against your property, it’s rarely the best solution. Consider: if you add £5,000 to a 25-year mortgage at 3 per cent, you’d pay as much in extra interest as if you’d borrowed that £5,000 over 5 years at a whopping 15 per cent. You can definitely find a better finance deal than that.

Your current mortgage has a large early repayment fee.
If you didn’t plan ahead and are saddled with a big early redemption charge, then it may cost you more to move. However, your current lender may let you change to another of its own deals at a reduced charge. Check to see if they offer anything better and see if it’s worth moving.

You have a high loan-to-value ratio.
If your equity is low (say, if you’re on a 90 per cent mortgage) then you’ll struggle to get a better deal elsewhere.

Your circumstances have changed.
Were you offered your current mortgage based on you and your partner having two steadier, higher paid jobs than you have now? If so, then consider sticking with what you’ve got – you probably won’t be offered a deal this good in your current situation.

Your best option is always to talk to an independent mortgage adviser or an IFA who specialises in mortgages. They can assess your current deal, take your circumstances into account and find you the best deal from the whole of the market – potentially saving you thousands of pounds over the mortgage term.  They can also alert you to any lock-ins or unfavourable aspects of the deal, so you don’t get caught out further down the line.

A version of the article above was originally published by unbiased on the 17th May 2016.