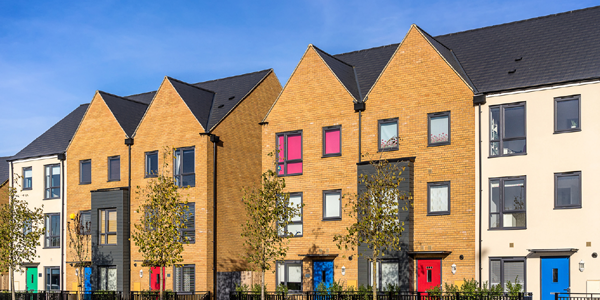 Most new mortgages are fixed deals as home buyers try to beat potential interest rate rises – and there’s been an increase in how long people are fixing for.

Nearly half (48%) of new mortgages were for fixes of longer than five years in the most recent figures analysed by mortgage provider Paragon. This is the first time longer fixes have overtaken two year deals (40%). In fact 91% of all mortgages were fixed.

But is fixing for longer a good idea?

We’ve already seen an interest rate rise in recent months, and another jump is expected in 2018 – possibly even two. If you’ve got a tracker rate those hikes will see your monthly repayments increase, and it’s likely the extra would be passed on to those with variable rate mortgages too.

But anyone with a fix will keep paying the same amount. This gives peace of mind that you can afford the repayments, and makes budgeting a lot easier.

And of course the longer the fix, the longer you have that surety, and you also increase your chances of avoiding further increases.

However, the longer the fix, the higher the mortgage rate is likely to be. And there are other extras you need to think about too.

The effect of fees on a mortgage rate

It’s important you don’t just look at those eye-catching low rates. If there is a fee attached to the mortgage it could well make a big difference to what you pay. Indeed, a mortgage with a higher rate but lower fee could work out cheaper.

These fees could be called arrangement fee, completion fee, booking fee or application fee. They all essentially do the same thing and add extra to your borrowing.

To compare different mortgages, use the representative APR (annual percentage rate) as this covers the total cost of borrowing. It’s not perfect, but it does give you a guide to what you’ll pay.

It’s worth knowing that the longer you fix for, the less impact those fees will have on what you pay.

Other risks of fixing

Near the end of a fix now?

It’s worth looking two or three months before your fix ends for a new deal. If you leave it until the fix ends you’ll be automatically moved on to a variable rate mortgage. This is likely to be more expensive, and could change at any time.