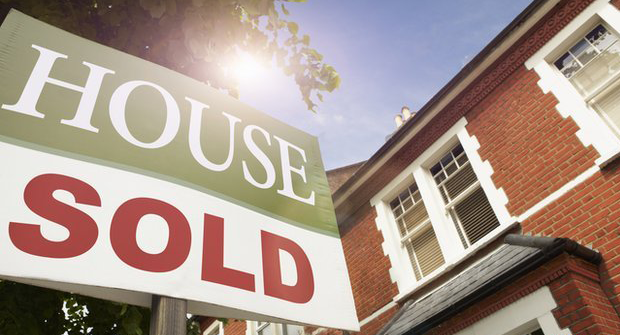 Few can climb the property ladder alone, and it’s not only couples who are making the ascent. But whether you’re buying as lovebirds or just housemates, it’s vital to understand how joint ownership works – or you could find that your dream home isn’t really yours after all.

Most people who buy a home will do so with a partner – partly because it’s more affordable, and partly because Netflix alone won’t keep you warm. Sometimes it won’t be as a couple but as friends, or even a group of friends or relatives clubbing together to climb on the property ladder. Joint ownership of a property can take a range of different forms, each with its own advantages – and potential pitfalls. If you’re considering buying a home with someone (or more) else, then make sure you understand at the outset what you’re getting into.

How owning a home together can get complicated

The big issues of joint ownership boil down to ‘Who owns what?’ For as long as a couple (or a sitcom-friendly clique) are living happily together and paying the mortgage, this question is largely academic. The moment a relationship breaks down, or someone just wants to move out, it can become a real brain-teaser.

For instance, suppose you move in with a partner who already owns a house with a mortgage. You go on the mortgage too, but your partner has already made several years of repayments – how would you divide the property up fairly if you were to split up a few years later?

Or suppose you do exactly as described above, and in the years following your inclusion on the mortgage, house prices massively increase (or fall)? Do you own more, or less, because the change in property prices happened while you were a part-owner? How do you work it out?

Or what if you contribute to the deposit and repayments, but decide not to be named on the Land Registry as co-owner (people sometimes do this if they own another property, as second properties attract higher stamp duty).  Would you be entitled to any money back in the event of a break-up?

Some predicaments are more likely than others, but all are a risk, especially if you don’t understand the way your joint home ownership works. It can be useful to compare the two main types of joint ownership.

This is the most common way to own a home together – if you don’t know what arrangement you and your partner have, it’s almost certainly this one. Under joint tenancy, you both own 100 per cent of the property together – not half each, as many assume. This means, for example, that if a husband and wife are both named as joint tenants on the Land Registry, the wife has an equal claim on the property even if she has never paid a penny towards it (and vice versa).

It also means that if one joint tenant dies, the whole of the property immediately passes to the surviving tenant (i.e. it cannot be bequeathed to anyone else in the deceased’s will). If the joint tenants are not married or in a civil partnership, this may also give rise to an inheritance tax bill, if the value of the property is high enough.

The advantage of joint tenancy is its simplicity – which is also its main drawback. Remarkably, one joint tenant can even sell the home without the other tenant’s consent, or even knowledge. Joint tenants act as one in the eyes of the law, so sorting out ‘who really owns what’ can be a costly and drawn-out legal process, especially in an acrimonious break-up.

In this form of joint ownership, each person’s share of the property is defined at the outset. For a couple this will often be 50:50, but in some cases (such as when a person moves into a home bought by their partner some years earlier) the share may be divided to reflect each partner’s contribution (e.g. 60:40).

This flexibility makes it a practical form of ownership for people who are not couples but simply want to buy a home together. Each person’s share can be decided at the outset, depending on how much they contribute to the initial deposit and/or mortgage. If any individual then wants to move out, they can simply sell their share to a replacement tenant, or their share can be divided up between the remaining joint owners, as preferred. No common tenant can sell the whole property (they don’t own it).

Tenants in common don’t have complete independence from one another; for instance, if one tenant can no longer meet his or her mortgage repayments, then the other tenants will have to pay these instead or risk losing their home.

Choose the arrangement that suits your circumstances

Neither of these arrangements is necessarily better than the other, but each one may be better suited to particular circumstances. Home ownership is far more complex today than it used to be, with more cohabiting unmarried couples, people moving from one relationship to another, and of course the many people not in a romantic relationship who still need a place to live.

The tenants in common arrangement may be especially useful for those who want to get on the property ladder without the need for finding a life partner first. Property ownership has many advantages over renting, being both cheaper in the long term and also (usually) a good investment. High property prices may leave many singletons with little alternative but to band together to raise a deposit and secure a mortgage, in order to benefit from the housing market rather than throw their money away on rent. Nevertheless, joint ownership isn’t something to enter into lightly – the consequences can be far more severe than simply choosing an unsuitable housemate.

Remember that if you don’t have one or other of these arrangements in place (e.g. if you are merely contributing to the mortgage of a property solely in your partner’s name) then you do not have any automatic claim on the property. A court may rule that you have acquired an interest over time, but not necessarily – and either way the process will be costly.

If you’re buying a home either jointly or alone, then you’re likely to need both a financial adviser and a solicitor.

This article was first published by unbiased on the 6th September 2016.