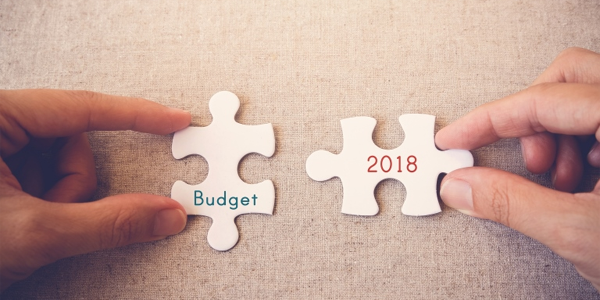 Philip Hammond used his Autumn Budget Statement to declare:
“the era of austerity is finally coming to an end”. However, while
the Chancellor did certainly loosen the purse strings, his bold
pronouncement may be a little premature.

Mr Hammond’s budget speech delivered on 29 October was designed
to change the government’s tone with regards to tax and spending.
Specifically, he signalled a tax giveaway by announcing an increase in
the personal allowance threshold to £12,500 and a rise in the higher
rate income tax threshold to £50,000 from April 2019. Both moves are
being introduced a year earlier than planned.

In addition, the Chancellor announced that work allowances for Universal Credit are to increase by £1,000 per annum, and that the National Living Wage will rise from £7.83 to £8.21 an hour in April
2019. Mr Hammond also confirmed the extra £20.5bn previously
pledged for the NHS over the next five years, along with other smaller
spending commitments covering a range of areas from schools and<
defence, to potholes.

The Chancellor insisted that this shift away from austerity was possible
due to the improving state of government finances. And forecasts from
the Office for Budget Responsibility (OBR) confirmed this was the case.
Indeed, OBR forecasts show that public borrowing for the current fiscal
year is expected to be £11.6bn lower than it predicted in the Spring
Statement and will fall to its lowest level in over 20 years by 2023–24.

However, the OBR also noted that the Chancellor has effectively
chosen to spend “the fiscal windfall rather than saving it”.  And this
could therefore store up potential future problems for Mr Hammond
should the public finances take a turn for the worse. Indeed, the
Institute for Fiscal Studies brandished the Budget “a bit of a gamble”.