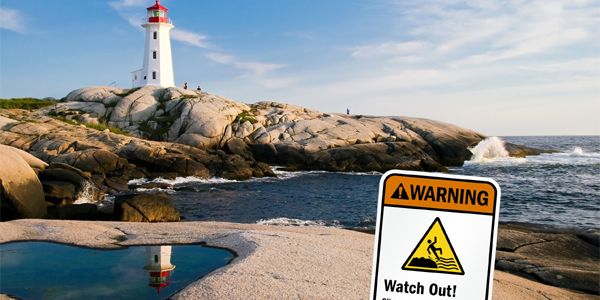 If you access your pension via a drawdown scheme, your provider may soon recommend an ‘upper limit’ on the income you take. The new measures are intended to protect pensioners against using up their savings too fast, as many are still in the dark as to the underlying risks of drawdown schemes.

Some of the UK’s leading pension providers, including AJ Bell and Hargreaves Lansdown, are introducing new measures to warn their drawdown customers against ‘excessive’ withdrawals from their pension funds. Under the rules of pension freedom (introduced in 2015), someone with a drawdown scheme can draw as much as they wish from their pension, and can even take the whole sum in one go. However, the Financial Conduct Authority (FCA) is worried that pensioners will be tempted to take unsustainably high levels of income, particularly in the early years, leaving them potentially impoverished and reliant on the state in later retirement.

Leading pension providers have responded by proposing a new ‘risk warning’ to pensioners with drawdown schemes. This would recommend the maximum amount a person could withdraw from their fund in any given year, in order to sustain the fund throughout the person’s retirement. This upper limit would be expected to fluctuate regularly, based on stock market performance and the amount of money in the fund, so is likely to be issued on a regular (perhaps quarterly or even monthly) basis. Pensioners wanting to withdraw more than the recommended amounts would be asked to tick a disclaimer box, or complete a mandatory questionnaire to confirm that they have read and understood the warning.

Why can large drawdown withdrawals be risky?

Any responsible saver will of course not need telling that large withdrawals will deplete a pension fund more quickly. However, with drawdown schemes there are additional factors at work, which many people may not be fully aware of.

A drawdown fund is held in the form of stock market investments, with the aim of delivering long-term growth to make the capital sum last longer than a simple cash account would. However, this means that the fund is also at risk of short-term dips during periods of poor stock market performance. Such periods can last for many months or even several years, during which times a drawdown fund may perform below average.

This is where the biggest risk of drawdown comes in. If the value of your fund is falling due to poor market performance, and at the same time you are also taking money out, it will be more difficult for your fund to recover when the market starts to rise again (because there is less money in the fund to earn growth). Smaller funds also lose value more quickly – in the same way that half a cup of tea will go cold sooner than a full one.

How might this affect the income I can draw?

Drawing money from your pension during a falling market will erode it faster than taking the same amount during a rising or static market, while making it harder to regain any losses. This is why, if you have a drawdown scheme, you need to pay regular attention to its performance and to what the markets are doing. This is especially important in the early years of your drawdown scheme, when your fund is biggest, as large losses at this stage will be very hard to recover later, when the fund is smaller.

Under the new proposals, a pension provider may therefore recommend that you draw a lower income during periods of low or negative growth. However, reducing your income on demand is easier said than done. That’s why, if you have or are considering a drawdown scheme, you should plan for the eventuality that you need to reduce your drawdown income temporarily. An independent financial adviser can help you consider alternative sources of income to tide you over during these ‘lean periods’. For example, some people choose to set up an annuity that can run in parallel to their drawdown scheme, to provide a minimum guaranteed income. You could also look at moving your drawdown fund to a lower-risk portfolio, particularly if it was set up without independent advice.

The recent slump in the Dow Jones and the domino effect on global stock markets is a reminder than stock markets can be unpredictable, and may slide without warning at any time. It’s impossible to predict such occurrences, but it is perfectly practical to plan for them – as they will definitely happen sooner or later. Arranging for a back-up source of income means you can minimise the damage to your drawdown fund during these periods, until the markets are rising again. Ultimately it comes back to the old saying: don’t put all your eggs in one basket.

You can talk to your independent financial adviser about creating an ‘all-weather’ retirement income plan.